The Transport was a naval transport used by the Allies and Soviets during the Second World War. The unarmed hovercraft had an octagonal air cushion. Four folding amps allowed embarking and disembarking from multiple directions.

During the Second World War both sides of the conflict needed a way to quickly ferry ordinance, vehicles and infantry across large bodies of water, without at the same time, having to construct ports and docks everywhere. The answer to that was the hovercraft transport, commonly known as the transport.

Basically it was a large barge resting upon an octagonal air cushion with four folding ramps allowing quick disembarkation once on-shore. However, its simple design also limited the armour plating on it and made it extremely susceptible to enemy fire.

It was eventually phased out and superseded by Amphibious Transports after the war.

The transport may load five ground units. Even if more than one ramp can touch land loading and unloading still proceeds one unit at a time. Unlike other naval units the transport's sprite does not "turn" when it alters course; the ship simply moves in the new direction without changing the orientation of the sprite. Although it can only hold five units, if infantry are loaded into APCs, it can hold 5 APCs plus 25 infantry.

If you deploy a vehicle to the transport but moving the transport away from the shore quickly, a vehicle will stop on the water and sink (Demolition trucks will detonate, otherwise). But if it applies to the infantry, it does not kill them and they can be moved back to the ground. 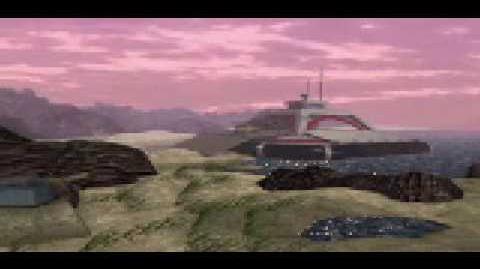 Retrieved from "https://cnc.fandom.com/wiki/Transport?oldid=225595"
Community content is available under CC-BY-SA unless otherwise noted.