Investigating the Source
The Invasion of Munich (GDI)

Unexpected Resistance is the second mission of the Scrin campaign in Tiberium Wars.

The Scrin harvesting operations were underway, and construction of the relay node and Threshold assemblies were in progress. However the Mothership AI detected premature levels of Tiberium deposits, with only 20% of the planet completely covered by the crystal and ready to be harvested. Furthermore the Scrin found an indigenous population that was supposedly dying and near-extinction to be heavily militarised, and the harvesting force was not equipped to withstand such prolonged resistance. The Mothership AI advised another mission abort, but the Supervisor overrode the command, stating that human resistance was not wholly united, thus ordered Foreman 371 to continue diversionary tactics. The AI accepted and located another major population center in Europe - Munich.

Two Scrin scout ships carrying important data had been shot down over Munich by GDI. A Mastermind was sent to infiltrate the city and disable the defense grid, which it did successfully with the help of two Devourer Tanks by mind-controlling a Barracks, training an engineer, and using it to capture and disable the control center.

This caused the local Sonic emitters to shut down, allowing a large Scrin invasion force to move in and eradicate the GDI base.

﻿The destruction of Munich forced GDI to evacuate the Future-Tech scientists from the area. However, resistance was stiffening up and the Scrin's diversionary tactics were beginning to fail. The Scrin in turn suspected that they were set up, and started to investigate the source of the Liquid-T explosion. 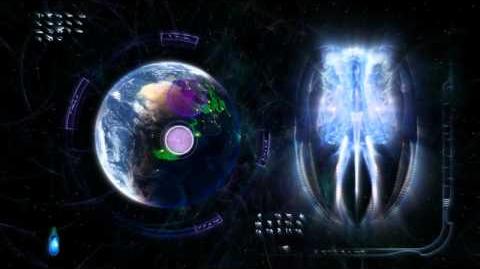 C&C3 Tiberium Wars - Scrin 02. More Than We Bargained For
Briefing
Add an image to this gallery
Retrieved from "https://cnc.fandom.com/wiki/Unexpected_Resistance?oldid=220088"
Community content is available under CC-BY-SA unless otherwise noted.