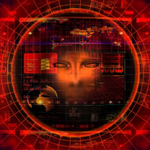 Gender: Unknown, believed to be male. Referred to as a 'he' afterwards.

Date of Birth: Equally unknown, though it is known that he was too young to fight in the Second Tiberium War or in the Firestorm Crisis (see Lifestory).

Nod Loyalty Level: Almost to the extreme; adheres to the legacy of Kane and will unconditionally sacrifice himself for the future survival of the Brotherhood.

Lifestory: Although person: A/19ATHCOM-SOV89, codenamed AthCom, was originally conceived in nowadays Blue Zone B-1 (date unknown), he has strong ties to the Brotherhood. Viewing GDI as a fascist movement out for total control of the globe, he sabotaged numerous GDI operations in the B-1 area. Notable for taking out several GDI officers in a series of bomb detonations, he was actively searched for in the years 2037-2043. Too young to fight in the Second Tiberium War, he gladly joined the Brotherhood officially at the start of the third war in 2047. Details of his battles are sketchy at best, although it is known through an overheard Nod communication that he at least participated in Australia, Uganda and Italy. Confirmed to be part of an elite Nod Shadow team at the moment.

Further information will be added to Case C/NETH#1989 as it is acquired by GDI InOps.

Retrieved from "https://cnc.fandom.com/wiki/User:AthCom?oldid=64551"
Community content is available under CC-BY-SA unless otherwise noted.