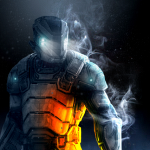 Ian, codename HOPE1134, is a C&C fan since around 2001-02. His first C&C game is Tiberian Sun and then later on he played the first Red Alert. He is a quiet innocent looking fellow but once he gets to know you better, be prepared for his innocence is just a mask of his true self. His loyalty with the C&C franchise remains the same (with the exception of Tiberian Twilight) and he will return fire upon those who dares questions the future of C&C.

HOPE1134 has been playing C&C for many years but he was unaware of the C&C community until 2007-08, after the release of Tiberium Wars. He pretty much missed out on the so called "Glory Days of Westwood". He does not participate much in the C&C forums but he gained some recogniton over the years. He is currently one of the C&C forum veterans and an active contributor to C&C Paradise in ModDB, sharing rare images of C&C.

When it comes to fanboyism. he only cares for the developers/community managers and the games of C&C, the rest of EA does not matter to him for they are just publishers. However, he is disappointed with the past developers of C&C who are now in Petroglyph. Their failure to please Trion with EoN and their recent attempt with a KickStarter campaign left HOPE1134 shaking his head. Those who believes that Westwood is still alive within Petroglyph needs to wake up and realize that they no longer had the magic they used to have in the past.

Retrieved from "https://cnc.fandom.com/wiki/User:HOPE1134?oldid=154330"
Community content is available under CC-BY-SA unless otherwise noted.