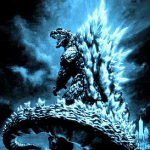 Real Name: kjoto
Codename: Raptor22 - NOT
Date of birth: 2/4/1938
Place of Origin: Northeastern United States
Faction: Brotherhood of Nod
Current rank: Black Hand Corporal
Former Rank: noob
Clearance: Possesses keys to the breakroom of Ayer's Rock.
Mission: According to his detractors, wearing a cape and being evil. According to him, basic clerical work... and fire... cleansing fire...
Speciality: Paleobiology
Service History: Taking advantage of a work-study program offered by his college, Raptor22 joined up with Nod as an intern for the Black Hand under Gideon Raveshaw. Unfortunately, Raveshaw was shortly thereafter mutated into a freakish monstrosity and killed by a guy named Havoc. Luckily for Raptor22, he was out getting coffee for his boss at the time, allowing him to survive. He continued his internship in the Black Hand, eventually getting a full time job with the unit once he realized that his college was covered in Tiberium and there was no way to redeem those credit hours that he had achieved as an intern. He supported Marcion after the Firestorm Crisis, because that way, he'd get to play with fire. By the Third Tiberium War, he had managed to secure a place as a frontline infantryman, though an unfortunate flamethrower mishap almost cost him his job. In between roasting GDI scum and civilians (He prefers civilans; they don't shoot back), Raptor continues to do the same light clerical work he did back in the Raveshaw days, mainly because the aformentioned flamethrower mishap killed most of the actual clerical workers, and the new batch of interns won't arrive until next semester.

Retrieved from "https://cnc.fandom.com/wiki/User:Raptor22?oldid=149222"
Community content is available under CC-BY-SA unless otherwise noted.