During the First Tiberium War large and destructive battles were waged in Europe, Africa and Central/South America. These maps shows you the stages of those fronts.

Westwood somehow messed up the Maps in Tiberian Dawn for the GDI and Nod Campaign alike, These galleries shows the chronological timeline of the war and not the in game mission maps.  The in game mission maps should be taken to represent a political situation that either does not in fact represent the actual reality on the ground or represents a reality that is out of date and pre-war. 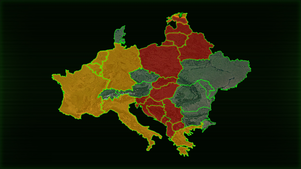 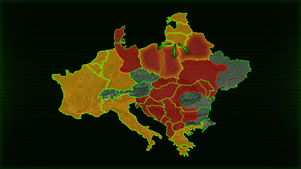 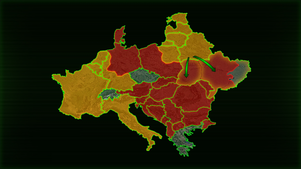 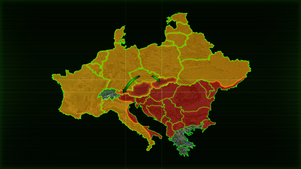 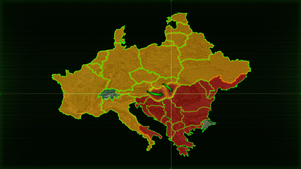 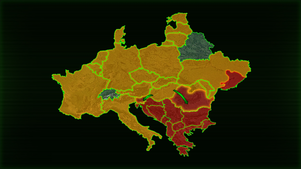 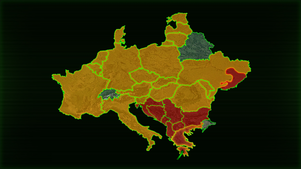 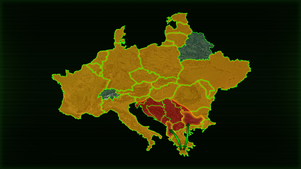 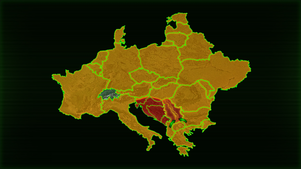 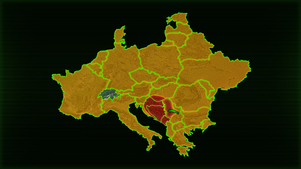 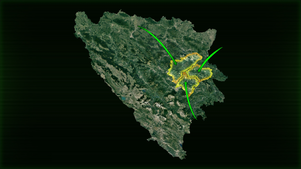 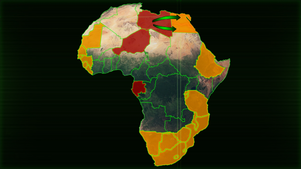 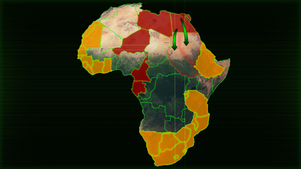 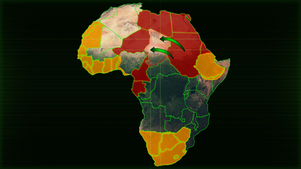 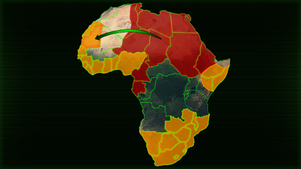 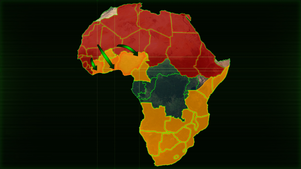 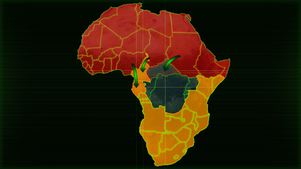 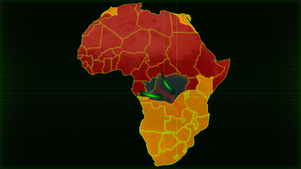 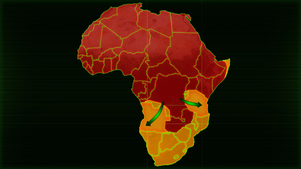 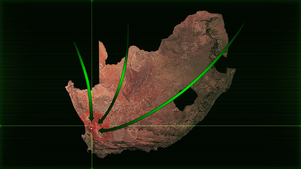 Peru
Add an image to this gallery

Although the South American front was left unmentioned in Tiberian Dawn, Westwood did bring it up in Command & Conquer: Renegade, where Captain Nick "Havoc" Parker along with other GDI forces fought against Nod and the Black Hand forces. Nod had a strong grip on Colombia and Venezuela as well as several smaller Central American and Caribbean nations. Nod also had a large presence in Mexico and in many South American countries. Although they had a large presence, fighting was concentrated to a few small locations. The South American campaign was concentrated to small and special operations missions unlike the large-scale operations and offensives in Europe and Africa.

A Nod Base in Mexico was found and razed to the ground after some heavy fighting.

A Nod POW Camp in Mexico sent forces to destroy a GDI outpost. GDI counterattacked and shut the Nod facility down afterwards. Nick Parker on his own went in to relieve the outpost and lead the counterattack.

Nod Black Hand troops personally led by general Raveshaw raided a research lab in Guatemala were they captured GDIs top three Tiberium research scientists and killed of all GDI personnel. It can be assumed that the local Nod garrison was soon crushed by the GDI retaliation.

In Peru a large Nod facility was located in the Andes mountains, The three scientists were brought there for a period of time before being relocated. Nick Parker was sent in to rescue them but did not arrive in time. It can be assumed GDI sent in a larger force later to crush the Nod presence.

A Nod controlled volcanic island just beyond the coast of Peru. A Tiberium harvesting outpost and defensive position for the larger Peruvian base was located here. The outpost came under heavy GDI assault and when commando Nick Parker "accidently" shot down a Nod helicopter into an active volcano it began to erupt. The eruption obliterated the remaining Nod presence on the island.

Nick Parker escaped on board a Nod submarine that evacuated from the volcanic island. It would later dock in a Nod freighter somewhere in the Pacific Ocean. Nick Parker frees some GDI POWs, fought the freighter's crew, killed the Captain and his First Mate, stole the submarine, sunk the Nod Freighter and turned back to GDI controlled South America.

Retrieved from "https://cnc.fandom.com/wiki/User:Tagaziel/Maps_the_First_Tiberium_War?oldid=156387"
Community content is available under CC-BY-SA unless otherwise noted.