For someone who said English isn't their first language, you sure do make a lot of grammar and spelling corrections. Are you trying to hide something from meeee!?
Anywho, if you ever need any answers on how to do different things on CnC.Wikia, just ask one of us. Its not hard at all. I check CnC.wikia everyday, though I don't always make edits everyday. User:RepublicOfClones July 5 2008

So a little birdy told me that you're an alien. That's nice. Well I'm glad someone has a good grasp of the English language here. (You're better at English than most of the people I know! I live in the U.S.A. so that's especially painful.) RepublicOfClones July 5 20088

You're probably sick of me heaping praise on you by now, but even better than you being great at English (as mentioned by Mr Republic above and me elsewhere) is that you correct spellings to British English! Yeah! That's now you, Mikael and I on side, and I am the only Brit among us. Makron1n 15:36, 10 July 2008 (UTC)

About the EMP blast page, I think that perhaps the content should be intregrated where relevant into both the other articles, then the page deleted. Makron1n 18:33, 14 July 2008 (UTC)

No problem on the moving pages thing, was glad to help. Also, if you are interested in moving pages yourself, on the edit page when you are on an article there is the button move on the top. When you click that, it gives you the option of moving the page and you just type the new name and stuff will be shifted with the old name being a redirect. Hope that helps :) Darth Batrus 11:17, 15 July 2008 (UTC)

Well, for starters, we can start slowly shifting the focus of the wiki. Take the Pitbull article as an example of diverging focus - while this wiki will focus on real issues, like developers, betas etc., the new one will store the lore versions. So basically, we need to start putting Template:Lore at the top of relevant pages and rewrite the old ones. Shaur M. S. Grizlin 08:45, 17 July 2008 (UTC) 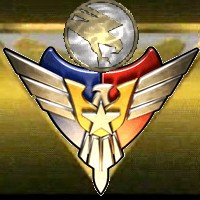 You have proven to be a valuable EVA-Intelligence editor.

The USA, GDI and allied forces have recognise this and reward you with this Medal.

Also the whole wide world will award you as well for helping out on the new RA2 pages I made which includes RA2:Robot and RA2:Amphibious Vehicles. Thank you.(Saffy Nurbs 07:04, 15 September 2008 (UTC))

How about ask someone to make you an admin here like Mikael? Then you can delete the pages like Bruce and fix things up.(Saffy Nurbs 23:09, 21 September 2008 (UTC))

You also forgot that template and now I had a hard time with that template especially on this page.(Saffy Nurbs 17:26, 24 September 2008 (UTC))

Go to Gallery of new files or [1]. Look throught the entire gallery and you will see older uploaded images that has no category. I can't add those images to a category all by myself. So many uncategorized images.(Saffy Nurbs 21:58, 24 September 2008 (UTC))

LEGION and the Marked of Kane

LEGION and the Marked are robots aren't they? LEGION went to sleep after turning Australia into a Red Zone and the Marked they went sleeping until after all Nod Generals are dead they were reactivated to sneak in and took back the Tacitus. Also once somethings a cyborg something like the Awakened oh no only a remote might control them and deactivate them. Those Cyborgs are no different to Robots due to a remote might or might not control a robot army or a cyborg army like mindless minions.(Saffy Nurbs 02:35, 27 September 2008 (UTC))

Please go on ahead and do whatever you want to the Stub Pages those pages are stubs and need to be rewritten anyway. also here is a secret I dont like being the sole editor here.(Saffy Nurbs 08:16, 17 December 2008 (UTC))

Have you played Red Alert 3? If so help me with the new Template:Allied People, Template:Soviet People and Template:Imperial People Templates will ya? I am starting to get lonely here and this Wiki is starting to become a ghost town.(Saffy Nurbs 21:01, 5 March 2009 (UTC))

WE NEED YOUR HELP! THIS WIKI IS SUFFERING FROM LONELINESS AND NEEDS MORE USERS! Just look at Wikipedia that Wiki is edited very often but this wiki suffers from extreme neglect.(Saffy Nurbs 04:26, 16 March 2009 (UTC))

I registered, as you asked. I'll be happy to contribute my expertise on any subject.

My forte mainly rests with Red Alert 2 and Yuri's Revenge. I also have extensive knowledge of Generals and it's expansion, Zero Hour.

Here is something called we need more users here and help here and this entire Wiki needs a huge cleanup including editing pages in the Category:Stubs Category. Also when uploading an image please put them in Category:Images.(Saffy Nurbs 00:24, 12 April 2009 (UTC))

Hi this wiki could use your help here sir. This Wiki is not the Wikipedia because it has less users editing here like only me editing here very often.(Saffy Nurbs 03:58, 22 April 2009 (UTC))

Do you have larger pictures of the avatar jpgs in the [[2]] page? If you do could you please upload it or send me the link.

Hi there, did you know that some of the users of this wiki have reported some problems? You can view them at Special:ProblemReports. Its a great system for users to mark pages with various types of problems to bring them to the attention of admins (like you). Often they are about the subject of the wiki, and only someone from the wiki can make the knowledgeable decision on how to fix the page.

Its a fairly simple system to use. You can click the magnify glass icon to show the reported problem for each ticket. The icons on the right change the status of the report. The green check mark icon is for "Fixed", you use this if you read the report, and changed something on the page to fix the reported problem, (or deleted it, if its a vandal/spam report), or anything that "Fixes" the problem. The red X icon is for "closed", this is for reports that are false/jokes, or things that are not really a problem. The yellow triangle will mark a report for need help by Wikia Staff, it is used when there is something wrong with the wiki that you cannot fix here with editing pages, such as menus not working, or skin problems, or anything beyond your control. Use it sparingly, as there are many wikis, and our time is limited, but dont be afraid to use it either, we dont want you to have a broken wiki for too long. The last icon is for returning a report back to an open or 'Pending' state if you accidentally used one of the first 3 icons.

If you are using the Monaco skin, there is a ProblemReport widget you can add to your sidebar, so you can see as soon as problems are reported. If you have any other questions, feel free to ask on my talk page, I'll be glad to help you help your wiki. --Uberfuzzy 09:55, 25 April 2009 (UTC)

How do you get the Contents box to show on the articles? Thank you in advance.
--Victor-195 06:17, 4 May 2009 (UTC) (BTW I have been editing mostly the Red Alert 3 and Uprising Articles. Please let me know if you have any questions/comments/suggestions about them.)

Hi guys, I'm new! I'm also a huge Generals-Fan and there are (for now :P) 2 changes I want to get noticed:

1st: When you type in "China" in the [Search] you get the (minor) role played bij China in the Tiberium universe, while in the Generals universe it has a major role, and I think it is more logical...

2nd: On the countdown screen it is "Particle Uplink Cannon" and not "Particle Cannon", I think that it's beter to change the article's name and make a re-direct from the search. Hope you guys like my ideas! --Spoon0fDoom 08:08, 15 May 2009 (UTC)

Please restore all versions of the page because this website is suffering from extreme neglect again. Hello? Why aren't you responding to me?(Saffy Nurbs 22:33, 15 May 2009 (UTC))

MediaWiki:Sitenotice needs to be restored so we can alert users what is happening lately.(Saffy Nurbs 19:47, 19 May 2009 (UTC))

It seems you're the only sysop-level user moderately active at this time and I sense the wiki could use more active sysops. Alas, with the bureaucrats all inactive there is no way to refresh the sysop ranks.

You might consider requesting a promotion to bureaucrat from the Wikia staff. I think Saffy Nurbs has been looking to reassume a sysop role and I would be happy to lend a hand in this regard as well. - Meco (talk) 01:23, 20 May 2009 (UTC)

I don't think the Wikia staff would promote me. Given that the CNC wiki is active they'd insist on promoting an existing sysop. And I recently adopted a wiki and I think there's a "time out" period between adoptions.

Don't worry as I can tell the only thing a bureaucrat can do that a sysop can't is... make more sysops. You don't need to know anything about templates to be a bureaucrat. It's a wiki: skills, responsibility, and knowledge are meant to be spread around! :)

Ah, well, if you wish to remain a sysop, then I shall endeavour to carry out changes without the convenience of sysop privileges: To this end:

Once Help:Contents becomes the default help page we'll edit it to contain the links to policies and guidelines.

And it looks like I made a major boo-boo in my previous message. The first point should read "Keep an eye on the Category:Articles for Deletion". You're the only one who can delete things. :)

And before I forget: add the following to MediaWiki:Common.css (it's for the tabs used on the main page):

Hey was it you that made a Yuri archive in it, if so nice work. Also i'm back to editting cause you might have noticed i've been gone for a while.

Look out for Fanon

I notice that there are two Tanya pages.

Is the second one Tanya from the Tiberium Universe because people claim that Red Alert 1 was the prequel to to Tiberium Games? (which it kinda was) Because if it is why is there an Red Alert 1 Arsenal Template below? If not should we delete the page or move it with a different name? --Victor-195 04:52, 1 June 2009 (UTC) :[

So shouldn't there be a disambiguation sort of page to separate the two when someone types Tanya to prevent further confusion?--Victor-195 07:19, 2 June 2009 (UTC)

Can I seriously move every single page that has the "(Red Alert Universe)" in the title of the page to a page without it?
Of course I won't move the page if it would be confused with something from a different universe.
--Victor-195 06:01, 5 June 2009 (UTC)

And if you have the powers to do so, on the sidebar can you please change the Red Alert 2 link located below "Tiberian Universe" and above "Generals" into Red Alert Universe and do the same for "Generals"?--Victor-195 06:07, 5 June 2009 (UTC) :D

Retrieved from "https://cnc.fandom.com/wiki/User_talk:AthCom?oldid=69158"
Community content is available under CC-BY-SA unless otherwise noted.