To the south-east of Alta, Norway

Villianess In Distress is the next mission in the Nod campaign of Tiberian Sun. It follows CABAL's rescuing of Anton Slavik and Slavik's rescuing of Oxanna Kristos.

The Cyborg Commando has been sent in to retrieve you. Once free, rendezvous with your rescue team to the south. Use them to locate and free Oxanna. She will soon be transported to the main GDI facility, optimal chances for success rely on obtaining her before she is transported. After she has been freed, commandeer a GDI transport to make your escape.

﻿Nod's assault on the research facility turned out to be part of a GDI trap carried out with the collusion of Nod new Forgotten 'allies' and as a result Slavik and Oxanna were captured. They were brought before the GDI commander Michael McNeil and the Forgotten leader Umagon before being taken away to prison. Slavik was then separated from Oxanna as soon as they got to the GDI prison facility in Norway.

Their prison facility was located by CABAL in the wilderness to the south-east of the town of Alta in Norway, 70 miles south of Hammerfest, the GDI's main European base. The facility was made up of a series of 3 moderately guarded prison bases in close proximity which held the prisoners of the GDI. It's remote wilderness location would make it hard for the prisoners to escape, while it's proximity to the GDI's heavily defended main European base at Hammerfest would make it harder for the prisoners to be rescued.

But the prison was no longer as secure as it had been. Nod victories in Russia had facilitated the establishment of a Nod military zone on the Finland-Sweden border, centred on Boden in Sweden. It was hoped to one day act as a staging post for an eventual offensive against Hammerfest *but* it's establishment also incidentally undermined the security of the GDI prisons where Oxanna and Slavik were being held.

As a result of this CABAL was able to send a team of Nod soldiers across the wilderness of Sweden and Norway in order to release Anton Slavik and Oxanna Kristos from captivity.

﻿For this part of the operation CABAL was in charge and had to get a Cyborg Commando inside the prison where Slavik was being held. Hidden inside a truck displaying GDI colours, the cyborg commando and his team were given the all clear to enter the prison despite the truck being inspected.

The team got out at the GDI power plants and then detonated the bombs in the truck to in order to destroy a couple of the power plants in order to cause a blackout. As the cyborg commando made his way over to rescue Slavik, another Nod team made a surprise ambush on the Vulcan Cannon emplacement guarding Slavik and destroyed it. The cyborg commando covered Slavik's escape and destroyed the Titans coming to invesigate the commotion while Slavik escaped.

The two remaining GDI Titans had also noticed the commotion and they headed to investigate the disturbance in the prison. CABAL then transferred battle control over to Slavik, who may have then ordered the two engineers arriving with the escape force to get back into the prison and capture GDI's power plant and radar facility in order to help locate Oxanna.

Alternatively the whole force could have simply fled the prison, perhaps cleverly destroying the ice on the river to the south in order to send the two Titans that pursued them to a watery grave as they tried to cross and then assembled to the south where the force containing Tick tanks was.

Oxanna and two engineers were held northeast of Slavik's position in a separate prison base. Slavik, the commando and two other Nod soldiers could had used the subterranean APC to burrow their way to Oxanna's position while the rest of the Nod forces attempted to create distractions to divert GDI's attention away from the rescue. But this would only have been possible if they had already learned of her location by capturing the Radar station.

With GDI thus distracted, Slavik and the cyborg commando could have arrived at the walls of the POW camp to the north-east. They could have destroyed a wall section allowing Oxanna and the engineers to sneak out of the camp. To distract GDI further, Slavik could had two captured engineers time their capture of the Tiberium refinery and barracks perfectly while the commando provided covering fire.

If one engineer had captured the refinery at the exact moment a harvester was depositing the harvested Tiberium and the other had taken over the barracks they could then have gains the resources and means to arm the prisoners in the area in order to create a force sufficient to defeat the GDI and with GDI defeated, Oxanna and Anton Slavik could have left the area at their leisure.

Had they taken too long to rescue Oxanna however, she would have been bundled onto a train and sent to the far more heavily defended main base to the south-west. Had Anton Slavik been cunning however, he could have used this as an opportunity for her rescue, by placing sufficient forces along the railway line and awaiting the train carrying Oxanna, he could then have destroyed the locomotive and stopped the unguarded train and therefore rescued her without having to assault any further prison bases at all.

Had the train arrived successfully without being intercepted he would have been forced to overrun the heavily defended south-western prison base.  But regardless of how it was achieved, Oxanna was successfully released by Anton Slavik's forces.

Getting to the escape craft

With Oxanna freed it was now time to make their escape from the area.

The escape craft Slavik and Oxanna would use was an unmanned Orca Transport waiting at the dropsite to be hijacked and airlift them to safety but by now GDI would be aware of Slavik and Oxanna's escape and would had attempted to stop them. Since the drop site was paved with concrete and surrounded by walls so it would not be possible to simply use the subterranean APC to transport the pair to it.

Had Slavik captured the north-eastern prison base, he could have built an escort force using GDI's own weapons in order to defend him and Oxanna on their way to the drop-off site﻿, or he could have been forced to use only the forces that he had been sent initially by CABAL but regardless they would have to fight their way through any GDI forces guarding the drop site.

Once they had reached the Orca Transport, Anton Slavik and Oxanna Kristos boarded and took control of the craft, flying to Boden in Sweden where they would be safe from the GDI. The remaining Nod forces if there were any left standing had either already boarded the Orca Transport with the pair or they had to make their way out of the area over land or by means of subterranean APC.

﻿Oxanna and Slavik arrived at Boden, Sweden safely aboard the Orca Transport. When they arrived they were likely given a heroes welcome by Nod supporters there due to their many victories against the GDI and against General Hassan. The Swedish Nod command quickly gave them a new Montauk and they made their way swiftly into the Global tunnel system before they could attract any more attention.

But despite their escape they had still failed Kane and they greatly feared his wrath. It was with trembling that they opened a secure channel to Kane and made their apologies to him personally. Much to their relief however Kane quickly forgave them despite their "ignorant mistake" and not only that swiftly gave them yet another high profile mission.

Nod forces were in control of Iceland and stubbornly held on to the mountainous south-west of Norway despite the best efforts of the GDI to dislodge them. Germany and Denmark had been involved in the First Tiberium War, the former on the side of the GDI and the latter on the side of Nod and had both been occupied by the opposing side during the course of that war. Now however as they had little stomach for war and clung to their neutrality, it was now high time for Nod to 'persuade' one of these countries to side with them.

Kane had more ambitious plans for Anton Slavik. Nod would not merely gain control of Germany or Denmark, they would deploy Nod's new tiberium waste missiles there and by so doing devastate GDI positions all over Europe from afar.

Aside from this detail, the choice of which the two nations to focus on was left for Anton Slavik to decide.  Both possessed great strategic value; controlling Denmark would give Nod complete control of the only access route into the Baltic Sea from the Atlantic Ocean and so hamper the deployment the GDI's naval power and Amphibious APCs, while the industry, population, technology and wealth of Germany would greatly strengthen the Nod forces operating in Europe in a material sense.

The decision was Anton Slavik's. 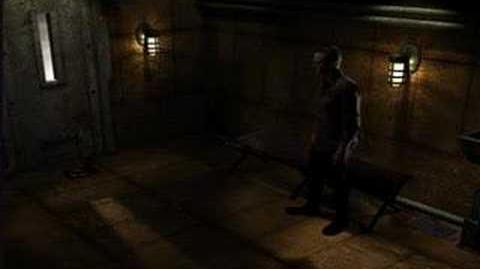