Weather The Storm is seventeenth GDI mission in the Tiberian Sun campaign. It takes place in Turkey in south-eastern Europe during the Second Tiberium War.

BE ADVISED: Kane is determined to destroy you. He knows Kodiak cannot lift off during an ion storm and has chosen this moment to attack. The Kodiak must be protected until the storm abates. The storm will interfere with certain types of equipment so expect some malfunction.

The Banshee Prototype facility had been destroyed. Unfortunately, Umagon had been captured by Nod forces and brought before Kane himself. Meanwhile, McNeil was determined to rescue Umagon, but the Kodiak had been struck down in an ion storm and was forced to land the ship in a Nod-controlled area.

The ion storm began immediately after the Kodiak made a landing. Kane used this to his advantage and ordered a nearby Nod base to destroy the Kodiak. McNeil had managed to deploy his troops beforehand and prepared to establish his base surrounding the Kodiak. Cut off from the GDSS Philadelphia because of the storm, GDI reinforcements would not be expected.

However, the defense of the Kodiak would be difficult since the ion storm interfered with certain types of equipment such as the Radar, the Hover MLRS, and the Orca aircraft, rendering them useless. What was worse was the fact that with the radar out, Nod would be able to launch stealth and siege attacks effectively without warning, even without its air arsenal. Luckily for McNeil, the EMP Cannon was still functioning properly so he used this to great effect on the Nod artillery emplacements while the Titans took care of the rest.

With the Kodiak relatively secured, McNeil sent out his Disruptor Tank platoon to locate and destroy the Nod forces. Although the ion storm also left Nod's infamous Obelisks of Light offline, McNeil still needed to deploy his Mobile Sensor Array to detect the cloaked base. Having detected the base, the Disruptors destroyed Nod's production facilities, preventing them from attacking the Kodiak again.

Once the ion storm subsided, the Kodiak took off again before more Nod reinforcements arrived. Ghostalker would later contact McNeil that he located Kane and Umagon in Cairo, with Nod about to launch their World Altering Missile, leading to the final battle in Cairo.

Kodiak on ground during ion storm

Kane's face is partialy in scars, covered with helmet-like device.

Back in Kodiak, sensors show many hostile units.

Paralysed base is weak opponent for GDI

..with electro-magnetic pulse on them

And Orcas pass over them.
Add an image to this gallery 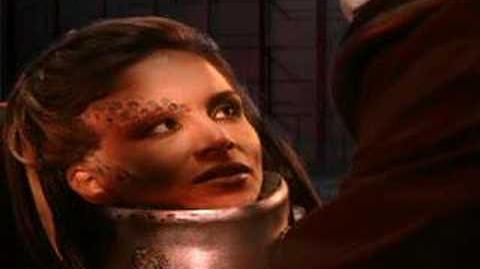 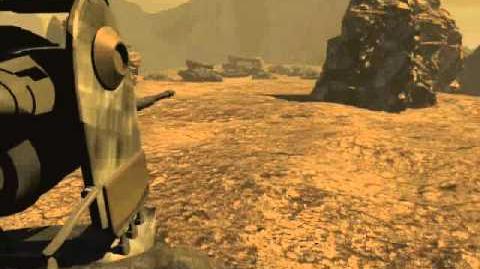 Retrieved from "https://cnc.fandom.com/wiki/Weather_The_Storm?oldid=203033"
Community content is available under CC-BY-SA unless otherwise noted.