Nod recovers their Stealth Technology and retreats on Kane's orders

What's Rightfully Ours is the second mission of Kane's Wrath. LEGION is tasked by Kane with reclaiming the Brotherhood of Nod's stealth technology from a covert GDI research facility in Australia.

In the aftermath of the Second Tiberium War, Kane was reportedly killed by the Global Defense Initiative forces and this led to a splinter of the Brotherhood in a similar vein that it did after the First Tiberium War. A further crippling blow was the destruction of the Brotherhood Archives which contained centuries worth of research conducted by Kane and damaged the scientific base of the Brotherhood. Whilst Kane recovered in the shadows, his spies managed to discover a previously unknown cache of databanks that contained a duplicate of Nod's stealth technology which had been captured long ago by GDI forces. The data was being held by GDI in the northern part of Australia where after an inability to reverse engineer it, the technology was left abandoned at the covert research facility.

In order to help re-establish the Brotherhood once more, Kane dispatched his advanced AI known as LEGION to reclaim the Brotherhood technology located on the Australian coast. LEGION's forces landed and established a forward base, remaining relatively unnoticed until the Steel Talons, who were in charge of the region, detected them and launched an assault. The Steel Talons were quickly shown the truth of their own arrogance and were pushed back, contrary to a previous transmission sent to LEGION by Joshua Mitchell, commander of the Steel Talons. The Brotherhood managed to reclaim the cache of databanks and defended the lab until it was uploaded to the Brotherhood's main servers. Kane then quickly ordered LEGION to retreat, realizing that this stubborn and powerful base was only a portion of the Steel Talons' territory.

Having recaptured the stealth technology, Kane was able to create the stealth tank. He then ordered LEGION to capture Marcion alive... 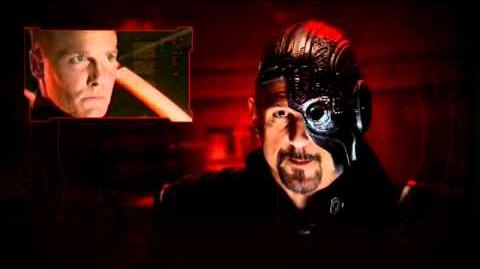 Retrieved from "https://cnc.fandom.com/wiki/What%27s_Rightfully_Ours?oldid=231266"
Community content is available under CC-BY-SA unless otherwise noted.