Will Made Flesh is the penultimate mission of the Nod campaign of Kane's Wrath.

The securing of Threshold 19 brought Kane's vision of Ascension closer to fruition but the Tacitus remained beyond the Brotherhood's grasp. Despite LEGION's efforts in 2048, GDI managed to regain the Tacitus and the device remained in their possession at the end of the war. GDI's study of the Tacitus led to a critical destabilization of the data matrix such that most research was suspended. Kane feared GDI would destroy the device.

The Marked of Kane

The reawakening of LEGION in 2052 was the answer to Kane's dilemma. Kane revealed to the AI the existence of the Marked of Kane, a cybernetic army left dormant after the Second Tiberium War for want of a suitable control entity. LEGION was directed to activate the army and then use it to secure the Tacitus.

The Marked were in two groups: those inactive in bunkers and those unwittingly leading normal lives under assumed identities. Regardless all would respond to an activation process coordinated from a cluster of four cybernetic control nodes in Russia. LEGION was sent to secure the nodes. A nearby GDI base responded to the Nod incursion. LEGION was warned that the activation sequence could be disrupted if the nodes were damaged.

Despite GDI resistance the activation process succeeded. Cyborgs emerged from their vaults and came under LEGION's control. With the new army secured it was time for the Nod to reclaim the Tacitus.

You start out with a decent home base. You will have to build up your base to defend yourself against the GDI. You will need 4 saboteurs to capture the nodes. Once the nodes are captured, you can either build a small expansion base around each of them, or gather a big enough force to defend them. You will have to defend the nodes for about 4:00 mins. Meanwhile, you can destroy the GDI base and any patrols around. Keep an eye out for additional GDI bases and Tiberium Spikes.

There are some Tiberium Spikes out on the field, and some additional Tiberium fields if you might need additional resources. 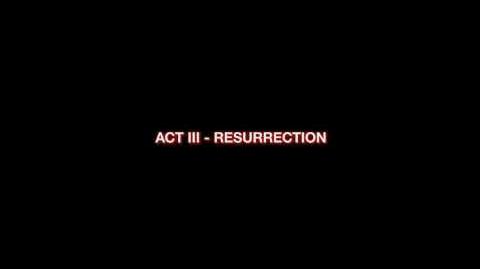 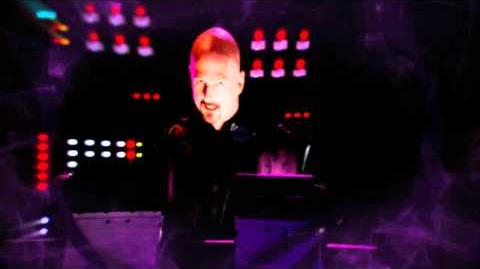 C&C3 Kane's Wrath - 14. Resurrection
Briefing
Add an image to this gallery
Retrieved from "https://cnc.fandom.com/wiki/Will_Made_Flesh?oldid=225863"
Community content is available under CC-BY-SA unless otherwise noted.