Wolverines were powerful GDI anti-personnel units during the Second Tiberium War and the Firestorm Crisis.

As modern Humvees had more difficulty navigating the terrain encountered during the Second Tiberium War, GDI sought out a suitable replacement unit with comparable anti-infantry qualities. The end result of their labor was the Wolverine Mk. I, a single-man mobile walker equipped with heavy caliber gatling guns capable of tearing even the most thickly armored infantry to ribbons.

These units, being essentially ride vehicles with mechanized legs replacing wheels, offered their operators a great deal of mobility and speed, even in Tiberium heavy environments. Their speed, combined with their powerful weapons, made the Wolverine incredibly lethal to enemy infantry, who would often find themselves chased down and destroyed if they were attacked without anti-vehicle support. On the flip-side, the Wolverine also served as a potent infantry buffing unit for friendly infantry forces; a squad of infantry with a few Wolverines thrown in had a much better chance of surviving an assault than a purely "fleshy" one. The mechanized battle suits were also useful for supporting heavier GDI walkers, such as the Titan.

Like most anti-infantry vehicles, the Wolverine came with a few notable weaknesses. As a speedy vehicle driven by a single operator, the Wolverine boasted comparatively thin armor that offered little protection against heavy ordinance. Even the lightest combat vehicles could do sufficient damage to the Wolverine, with many larger ones having the power to destroy them effortlessly. On top of this, the Wolverine's gatling guns, while deadly to infantry, could do only the most superficial damage to larger vehicles.

The Wolverine was an evolved version of the X-O Powersuit that was under development during the First Tiberium War, as seen in the first Tiberian Sun trailer from 1995. It was equipped with a laser capacitor and was capable of being paradropped.

Wolverines were widely mass produced during the Second Tiberium War. However, they were produced and utilized by GDI against Nod troops in minor skirmishes as early as 2023.[1]

The Wolverine powered armor was replaced by the CC-6 Pitbull ATV in the reconnaissance role, due to maintenance costs of the armour and GDI's wider abandonment of the majority of walker technology. The most recent incarnation of the APC had taken over in the general anti-infantry role. A Wolverine Mk. II was briefly in service before meeting the same fate as the original Wolverine. During the Ascension Conflict, the anti-infantry recon role was fulfilled with the Bulldog.

However, the development of the Wolverine, as with its predecessor, the X-O Powersuit, has paved the way for research and creation of the zone trooper armour.

In-game, the Wolverine shreds enemy infantry with dual Vulcan miniguns. When at heroic rank, it rips through armies of infantry with ease. Just watch for small rocket, explosive wielding, or plasma armed troopers, for they can outrange and destroy the Wolverine quite easily. When pitted against tanks, it is destroyed quickly. 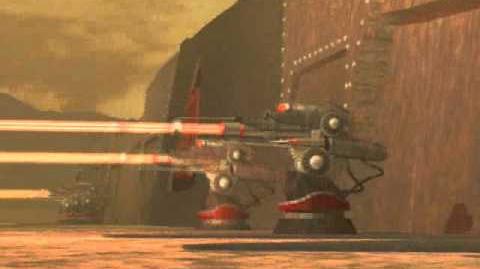 Retrieved from "https://cnc.fandom.com/wiki/Wolverine_Mk._I?oldid=242454"
Community content is available under CC-BY-SA unless otherwise noted.