0.4 seconds per burst, 0.25 seconds between bursts

The Wolverine Mk. II is a Steel Talons light walker appearing in Kane's Wrath as a redesigned and upgraded version of the original Wolverine Mk. I from the Second Tiberium War and subsequent Firestorm Crisis. It retains and improves upon the speed, agility and impressive firepower of its predecessor.

With the end of the Second Tiberium War, and the destruction of CABAL that brought an end to the Firestorm Crisis - the use of mechanized walkers in the general military had come into question. Nod had fractured into semi-independent splinter groups following Kane's apparent death, and it seemed that the world would finally know peace. But those in the Steel Talons special technologies division were less certain.

Despite their best efforts, experimental combat vehicles like the Mammoth Mk. II were decommissioned and sent to the scrapyards to be gutted and have their chassis recycled for use in other things with more immediate function. However, the Steel Talons did manage to save the Titan and the Wolverine, which they upgraded to bring up to par with the new decade.

The Wolverine is the basic vehicle unit of the Steel Talons subfaction of GDI. Its speed and agility are perfectly balanced with a high rate of fire to create a lethal killing machine.

Due to its maneuverability, the Wolverine excels at flanking the enemy. It is small enough to go unnoticed by the untrained commander, but packs enough firepower and armor to hold its own in the field. It becomes particularly effective when mixed with Titans and Behemoths; the larger two can handle the larger units and structures while the Wolverine takes care of the soft targets. It is also a deterrent against Commandos, which can singlehandedly decimate an entire army of medium and heavy walkers with powerful explosives.

However, the Wolverine is not limited to the antipersonnel role. Due to its withering rate of fire, it can also take on light vehicles and some of the weaker structures; and when upgraded with armour piercing ammunition, its lethality is increased tenfold. 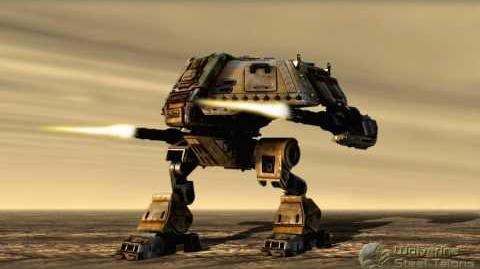