Yuri (Russian: Юрий) is a powerful psychic that was once Premier Romanov's chief advisor and later turned against the world in a bid to take over with his secretly organized personal army. Most likely, he, not Romanov, was the true ruler of the USSR in the 1970s.

His appearance bears an uncanny resemblance to Vladimir Lenin and Kane, with a bald head and goatee. On his forehead are tattooed three Hebrew letters "resh" (ר), "vav" (ו), and "yod" (י), while psi stimulators linked to a psi collar underneath his clothes is surgically implanted into his skull. Professor Albert Einstein translated a Soviet poster for Agent Tanya at one point, on it was a reference to Yuri as "hostis humani generis", Latin for "the enemy of mankind".

Much of Yuri's past remains unknown. He is of Romanian ancestry and inherited a castle in Transylvania from his family. During the Second World War, he took part in Stalin's secret project, whose aim was to create an army of psychically-gifted soldiers to guarantee victory. However, the war ended with the Soviet Union's defeat and Stalin's death, although this likely did not stop Yuri, who single-handedly continued it. It is possible that his implant is the original World War II model initially created by Soviet scientists.

Following the war, Yuri joined Premier Romanov, whom he helped in rearming the USSR, developing psychic technology and forming the backbone of the Psychic Corps.

Yuri played a key part in both the preparation and execution of the Soviet invasion of the USA, using his mind-control technology to prevent nuclear retaliation, and later to turn the American population into mindless slaves via giant Psychic beacons.

During the war, little was seen of Yuri from the Allied side, although the Allied commanders knew that he was a key advisor to Romanov, and few ventured to guess that his influence on Romanov was more than just that of an advisor. As Moscow fell, he disappeared for a time.

Although Yuri himself did not join combat during the Great World War III in any of the campaigns, there existed a number of units bearing his name. These 'Psi-Corps troopers' (referred to as 'Yuris' in multiplayer) had an uncanny resemblance to Yuri himself, later proven to be his clones.

When the Soviets were marching against the Allies, Yuri appeared sympathetic to an up-and-coming Soviet commander after General Vladmir took credit for the commander's victory in Florida. Yuri grew increasingly impressed with the commander's skills and began sending him on important missions. However, he later assassinated Premier Romanov using mind-control and declared himself the premier. Yuri also dismissed general Vladimir, who was leader of the Red Navy and put this function in charge of the Commander.

After the Soviet Commander successfully defeated the Allied navy in Pearl Harbor, Yuri accused general Vladimir of the murder of Romanov. Vladimir was later captured by the naive Commander.

After the destruction of the Weather Control Device in the US Virgin Islands, Yuri realised that the commander was proving "even more tenacious than he thought" and managed to invite the Commander to Moscow to "congratulate" him for his success personally. However the Commander found out what Yuri did to Romanov and assaulted the Kremlin with a huge army. Despite Yuri's taunts and the very great threat posed by his Psychic Corps he was killed by the collapse of the building.

The Soviets went on to secure the rest of the world for themselves, destroying the last Allied stronghold in Alaska that housed the Chronosphere. The Soviet Commander soon became the new Premier.

Shortly after his victory, he inexplicably heard the voice of Yuri in his mind...

During the Psychic Dominator Disaster, Yuri had stolen Soviet cloning technology; using it to create a number of clones. However, to protect himself from any clone plotting against him, Yuri engineered his clones to have inferior psychic abilities. Yuri himself was seen on the battlefield once or twice; he stood upon a hovering platform which rendered him immune to being trampled, and allowed him to cross over water. His powers were so well developed that he could mind control entire enemy structures, through the personnel within.

After the Allies had finally defeated Romanov's forces through a surprise Chronosphere invasion of Moscow, Yuri resurfaced. However, he had abandoned his former employers, and revealed that during the war, he had raised an army of his own and a planned to take over the world with mind-controlling Psychic Dominators in specific points all over the world. Yuri personally contacted President Dugan to gloat over this plan. Dugan originally tried to dissuade Yuri with an amnesty offer and leadership of Russia, however, Yuri preferred to rule the entire world over one country. At that point President Dugan ordered an airstrike which failed to destroy the Dominator in San Francisco, but damaged the nearby nuclear power plant providing power to the machine, allowing some Allied and Soviet command centers to avoid falling under Yuri's control. However, an overwhelming majority of humanity succumbed to Yuri's dominance permanently.

Albert Einstein invented a new time machine which allowed the Allies to travel back to a point in time when the Dominators were incomplete. They destroyed most of Yuri's bases and, after convincing the Soviets that Yuri was an enemy of everyone on the planet, the Allies and Soviets took up arms against Yuri together.

After his final defeat in Antarctica, in the Allied account Yuri was captured and put into a Psychic Isolation Chamber, which was used to strip him of his mind control abilities. As General Carville put it best: "He won't be able to mind control a fly.". He would have stayed in his chamber for the rest of his life, had there not been the merging of the timelines caused by the time-travel...

Soviets used Einstein's time machine to revert the disaster and to punish Yuri by Soviet hands. After destroying the Chronosphere to prevent the war-ending chrono-attack, Moscow then fought against Yuri and his uncompleted Dominators.

It appeared that Yuri had a base on the Moon where he'd stay after the successful Psychic Dominator Disaster. However the base was destroyed, thus Yuri had to retreat to his ancestral family castle in Transylvania.

The castle was guarded by Yuri's forces as well as bases of Allies and Soviets loyal to him due to the fact that they were under control of his old, operational Psychic beacons. Fortunately, the beacons were destroyed and the castle, surrounded from all sides, was an easy target for the Red Army.

However, Zofia used the machine command-codes to overload the machine's power by overloading its circuits. This caused Yuri to travel way too far into the past - to the age of dinosaurs. From there, Yuri is attacked, and presumably slain, by a Tyrannosaurus Rex (or he mind controlled it, but that is unlikely).

Yuri himself appears in Yuri's Revenge as Yuri Prime, where he fills the role as the Yuri hero, much like Tanya or Boris.

A unit with the same name existed in the original Command & Conquer: Red Alert 2, but with a weaker performance and unexplained background.

"Yuri" sometimes refers to the army under Yuri's command rather than the man himself.

Yuri was the leader of a very versatile and efficient army. Yuri and his mad scientists conducted secret researches which resulted in great scientific advances, which Yuri exploited to the full.

Yuri relied on mind-control, cloning, advanced magnetic weapons, and laser technology, as well as speed, maneuverability and flexibility to bring him victory on the battlefield.

Among the players, Yuri's faction is considered both unbalanced and overpowered. Although he does not have as many units as his enemies, those that he possesses are very easy to mass early in the game, such as the Boomer submarine. 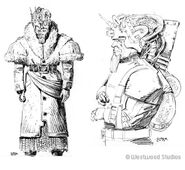 Behind the scenes in Yuri's Revenge

Another behind the scenes

Yuri inside the Psychic Isolation Chamber 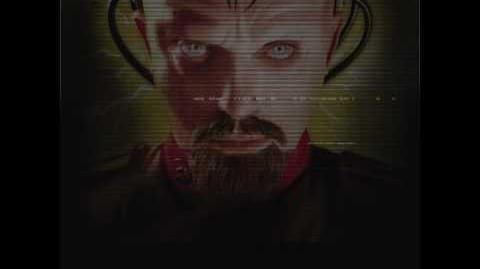 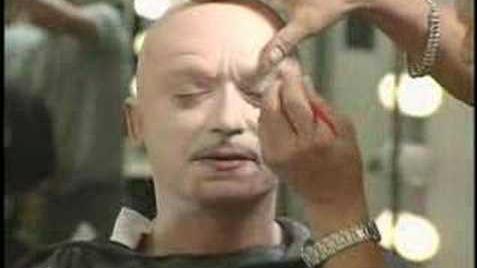 Retrieved from "https://cnc.fandom.com/wiki/Yuri_(character)?oldid=231063"
Community content is available under CC-BY-SA unless otherwise noted.