Lieutenant Zofia (Russian: Cофья) was a Soviet intelligence officer during the first and second iterations of the Third World War. Her main job was to brief and assist the Soviet Commander who was in charge of the bulk of the Soviet forces.

In the first iteration of the war, Lieutenant Zofia provided support for a Soviet Commander in his campaigns across the USA, Europe and even in defensive operations in the Soviet Union. When Yuri seized complete power in the Union, Zofia was part of the resistance led by the Commander, delivering a video tape from the deceased premier Alexander Romanov urging the Commander to stop Yuri and avenge his death. After this was done, she assisted the Commander further.

Although the Soviets were defeated by the Allies, Lt. Zofia was among the few who did not surrender to them. As part of a resistance movement, she was in contact with the imprisoned premier Romanov, who briefed them of an Allied time machine in San Francisco. Having traveled back in time to the start of the Third World War, Zofia reprised her role of the Commander's intelligence officer. By the end of the conflict, she had developed an unprofessional interest for the Commander.

Zofia's whereabouts after that are unknown. 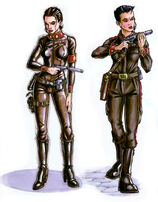 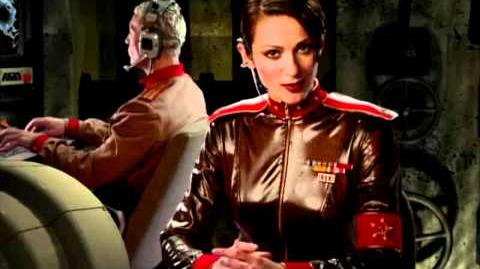 Retrieved from "https://cnc.fandom.com/wiki/Zofia?oldid=231556"
Community content is available under CC-BY-SA unless otherwise noted.