A variant of the Shatterer available only to ZOCOM, the Zone Shatterer was adapted to the harsh reality of the Red zones. ZOCOM did not field any artillery units like the GDI Juggernaut or the Steel Talons' Behemoth, instead depending on the Zone Shatterer to help ZOCOM armies break through heavy defences.

The Zone Shatterer was designed for Red Zone deployment with ZOCOM Tiberium-reduction squadrons. By drawing upon reserve power, the Zone Shatterer is capable of overloading its sonic emitter, allowing ZOCOM squadrons to more effectively clear out the larger Tiberium crystal structures present in most Red Zones.[1]

Otherwise, the Zone Shatterer is almost completely identical to the regular version. It is lightly armored and reasonably fast, can damage multiple enemies at once with its sonic beams, and is extremely effective against tightly packed enemy units or structures. However, it is defenseless against enemy aircraft. 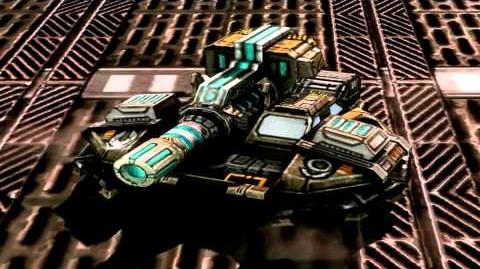 Retrieved from "https://cnc.fandom.com/wiki/Zone_Shatterer?oldid=228843"
Community content is available under CC-BY-SA unless otherwise noted.